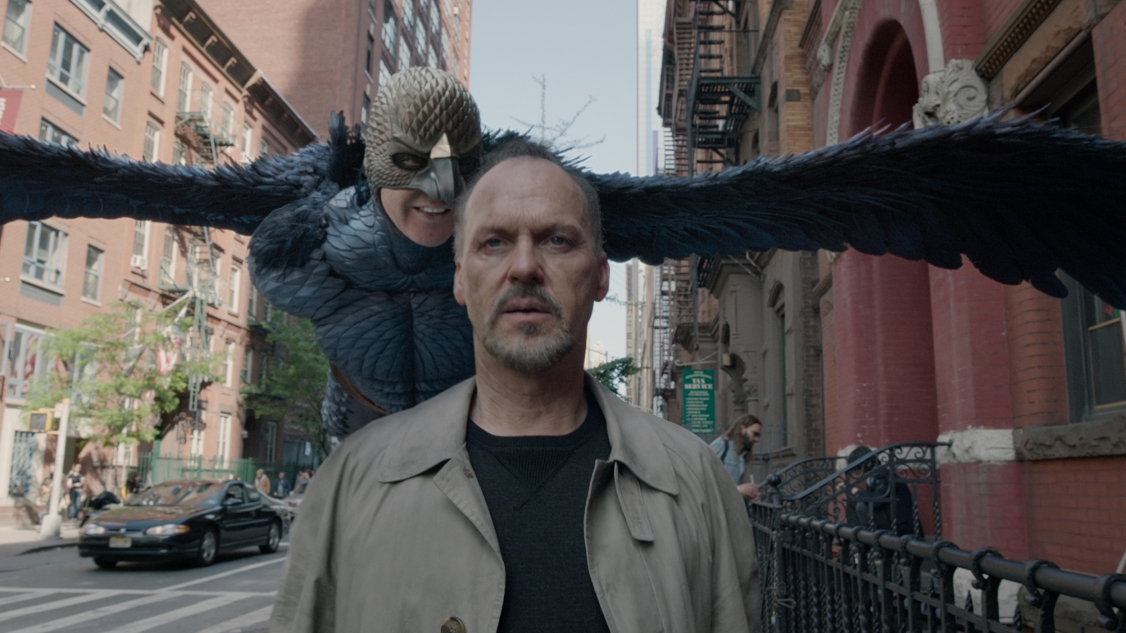 ‘Waiting for the Oscar to Hatch’

The first thing you’ll notice about Birdman is the camera, it pecks at the characters, on their issues, their flaws, we are constantly chaperoning the actors. You are literally taken on a journey which feels a lot more unexpected than the recent blockbusters such as The Hobbit.

Keaton stars as washed-up actor Riggan, as he struggles to adapt a Raymond Carver play ahead of its opening night. His cast includes Edward Norton as a wiry method actor, his ex wife and their fresh out of rehab daughter. For some films, this would have been enough and this is where Birdman really soars.

Riggan is constantly reminded of his past fortune and fame by a younger version of himself, in the ghostly, gravel voiced Birdman. Hatched from a time when Riggan was a beloved ‘action figure’  who lit up every screen. His chiselled chin has now been overshadowed by a dodgy goatee and his wig is not just a stage prop.  Enter Mike(Edward Norton) who drinks real gin on stage and beyond the critics, stands in the way of Riggan’s ambition to claw back some of the fame.

Birdman punctuates this heady cocktail with bursts of jazz that sound like a Tramp was let loose on some tin cans, memorable one-liners and hallucinatory sequences that will make Freshers week look like a kids birthday party.  Birdman somehow manages to be an Oscar worthy film in which the main protagonist can describe himself as a ‘Turkey with Leukemia’  one minute and perform serious plays the next.  Most films these days have so much handholding it’s refreshing to be taken under the wing with Birdman, which you’ll want to be dragged through multiple times.